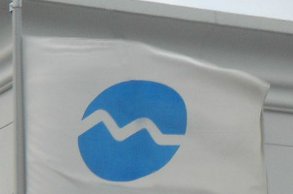 Misuga Kaiun Co., Ltd. was established in 1994 to manage Woodchip Carriers for one of the largest paper manufacturers in Japan. Starting as a small specialized ship management company, it became known for quality services and soon started preparations for the management of other kinds of vessels. Misuga obtained the DOC for Bulk Carriers and other Cargo Ships in 1997.

As most vessels are manned by Filipino seamen, it was only natural to take the first step into the Philippines. In 1998 Misuga started a business with “Maine Marine Philippines” in Manila, as an exclusive manning source. Soon after that, Misuga Philippines (former Maine-Tech Ship Management Co., Inc) officially opened in 2002.

In the years that followed, Misuga experienced tremendous growth. In 2003, Misuga obtained the certificate for ISO9001. One year after that, Misuga Hong Kong was established in 2004. To further increase the managed fleet, the DOC for Container Vessels was obtained in 2006.

At that time all activities were still controlled from offices in Asia. In 2009 that changed with the establishment of Misuga Holland in Rotterdam, the biggest port of Europe. With a branch office in Europe, Misuga gained a valuable new asset to provide even better service worldwide.

In 2011 the Misuga managed fleet reached a milestone as the number of managed vessels reached a total of 100. In 2012 the seafarers’ pool crossed the 3000 mark. Misuga is still a vibrant growing company and working to expand together with new partners worldwide.